More of the Same

Okay, back on track! One month later...

The Shar band had a Mai Tai's gig slated towards the end of August that got canceled due to the looming hurricane lane.  Thankfully, it got rescheduled to September, so all our rehearsing wasn't for a waste.  It had been about two years since we last played at Mai Tai's, and we restructured our show to have a more organic flow.  The turn out was okay, I think many people were at the Shell for a real better show.  Regardless, after that night, I feel like I kind of actually miss playing there [at Mai Tai's].  There was a point where we were playing there way too much, and I was a little less than excited to be playing a grueling three out gig there.  Everything in moderation I suppose. 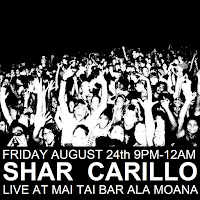 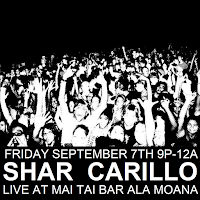 The band Breaking Anchors (the one I'm playing bass in) recorded a demo in mid September, it came out pretty well.  They asked me not to put it anywhere for free... so, here it is on a band camp (whatever that is).

We're looking at pounding out 4 more recordings at a near-future date.  The group also did two shows last month, and they went decently as well.  Eventually we'll have an edited video of our recording session, I finally scraped together enough pennies (literally, I went to coinstar in order to stay in the black this month) to buy a larger thumb drive; one large enough to handle big videos.  So, stay tuned for that. 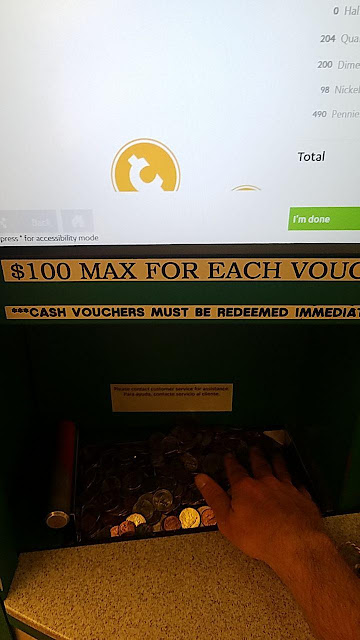 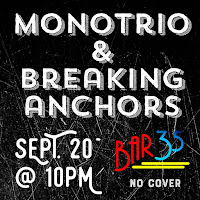 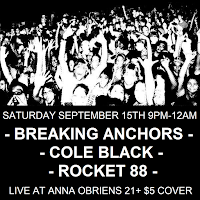 Had a couple gigs with Da Swell, and will continue to have a couple more through October.  This group is looking to throw down $2,500 to record a 5 song demo/E.P. thing, in which we're relinquishing our pay to finance the recording.  I like these sorts of things, but, I also like money and I'm semi-broke, but, whatever, hopefully it's an investment. 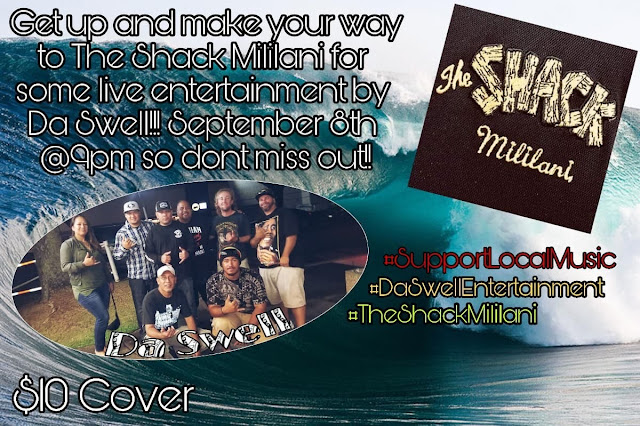 Dermatology report is in, I am down to only one foot wart.  Yay.

I got invited back to do a recording session during this month of October with Hitbox Music Ensemble.  I suppose I can consider myself a permanent fixture, at least, whenever they need to call upon guitar.  Anyway, a recording is definitely what this group needs to take it to the next level, so I'm happy to help out.  I hope it fits into my schedule!

I got a lot done this month on account that one of my weekday morning 3 times a week students was out of town, and I figured I could work at the surf school, but apparently the surf school had been extremely slow.  I was scheduled to work for 7 days and I was called off for every single one of them.  As irony would have it though, I got called in on two days that I normally am unavailable (luckily I was avaiable) to work.  Thats how life goes.  Make the time, no one shows up.  Don't have the time, everyone shows up.  W.T.F.? 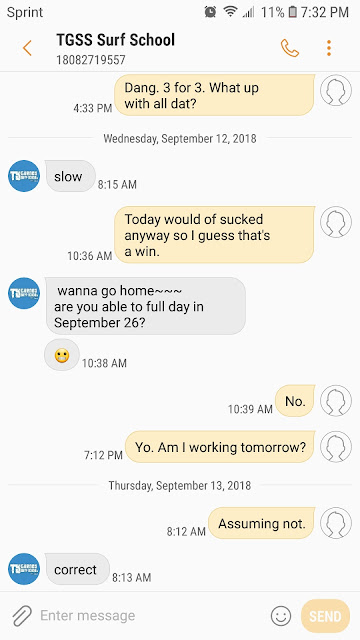 I auditioned for a start-up Waikiki working country act, but, that... didn't really pan out.  I also held an audition with a band that I had been in communication with since March, only now were we able to put together a full line up and meet all as one for once.  Luckily I was still relatively available, and hopefully we'll be able to pin down that gig we were projected for in November.  This group (not the "Waikiki Working Country Act") is called Last Resort.

In October, Console has its first live show that's not an open mic (yipee!).  I don't necessarily mind open mics on paper, but I really dislike setting shit up to do 3 songs... I guess it'd be fine if I only had 3 songs, but getting a bunch of people together to do/present 3 songs is... lame in my opinion.  Anyway, we get to do a 1 hour segment on Thursday (a day of the week we are typically all available), so, this is really exciting.  We're also slated to record (again, hopefully it doesn't get canceled), towards the end of October, so I'm looking forward to that as well.  I feel as if Console is finally getting some traction. 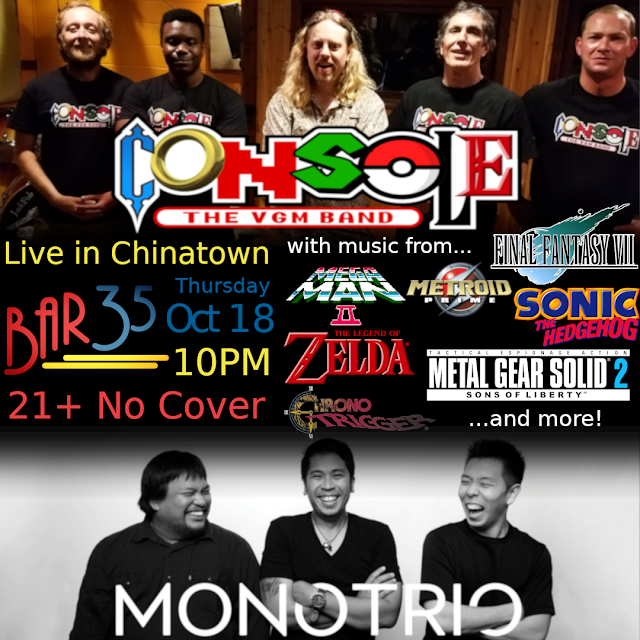 Other than that, just more of the same, busy, but not busy.  Money, but no money.  Time, but no time.  bands, but no bands.  Rehearsals, but no rehearsals.  Just trying to find that balance of satisfaction and sense of purpose [musically].  I think that's all for now?
Posted by Brian at 10:39 PM No comments: