I turned 30, and shortly thereafter my quaint dirty thirty, I began my annual "holiday work-a-thon". Typically during the holidays the gigs dry up, and the BRGA students stop showing up, so to make up for it, I volunteer myself to work many many days in a row at the much busier surf school in order to offset my loss of income from those other ventures. This year I clocked in at 26 days in a row, from December 13th through January 7th. This Christmas season wasn't as busy as past years, as far as my memory can remember. And, per usual post-holiday phenomenon, I lost a couple BRGA students through the new year, but that's okay! More will be on the way...? (I hope). New Year's Resolutions??? 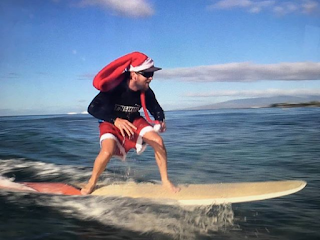 I re-re-acquired my drivers license (for the third time) on December 26th, and not even a week later I got conscripted to do some surf safaris. Been at this surf school for 4 and a half years and only then did my first surf safari(s), one of which was solo. Why is this important? Cause of Jackass! My teenage self was star struck. 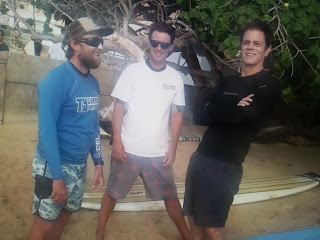 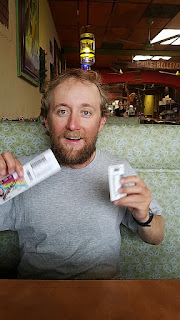 One of my acoustic band/duo projects I've been building up during 2017 had its first official paying gig lined up at Jazz Minds on December 29th, but it wound up getting canceled. So, as it stands, we still haven't accomplished what I had originally set out to do with that enterprise... I think I need to start carving out a hole for ourselves.


This Christmas, I was not the scrooge, so I got everyone in my professional circle gifts. This included band t-shirts! I got t-shirts for Console - The VGM Band, and the Shar Carillo Band. Figure I'd get something useful for everyone, rather than something generic. 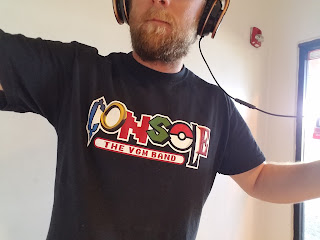 Oh, and how could I forget. Sadly, BRGA did not have a recital this year. Unfortunately the place that I was to have it (same place as last year), lost it's permits to have live music. SHIT! My personal synopsis for 2017 was that it was a pretty shitty year for me.

In other news, I've been trying to regularly attened the Anna O'Brien's open mic on the second and fourth Thursday of every month and enjoying myself quite a bit at it. My attendance conveniently kind of happened for various reasons; a couple of the projects I'm in need some stage experience, Thursday evenings are a time that I don't typically have things booked, and although the open mic is rather late (9pm-12midnight), I now have BRGA students Friday morning allowing me to sleep in a bit with the lateness from the night before. It probably doesn't hurt that Anna's is just down the street too. Regularly being there has even inspired me to do the unthinkable *GASP* solo-acoustic performances. I've been working on a couple favorite tunes to perform if I happen to be there. Stay tuned on that.


In light of the last podcast, I went ahead and upgraded my internet service. I looked at my billing statement, and I was being charged $130 for the piece of crap motorola modem that the technician left. I thought this was going to be cheaper! Not $100 more expensive. I guess it's my responsibility to return the modem? The whole process was a little bit slimy, but I eventually got credited back; after returning the modem, and then following up by calling them and asking them to credit me back. Guess everyone's got to at least try and make a buck.

Since November, I've had three gigs with Shar. It's been very, very quiet. This, in of itself is a contributing factor as to why 2017 sucked. With my newly acquired license, and normalized schedule, I've been hustling craigslist (and even bandmix to some degree) on trying to find something that either A) pays or B) satisfies. There's been some light blips on the internet radar, but I doubt anything will come of it. I did have an audition with a funk band a few nights ago however, but I don't think I'll be getting called back. Anyway, the Friday and Saturday nights keep rolling by without gigs and although I try to look at the bright side being that I have more free time, I feel like it's such a waste! It's a similar feeling as to being laid off from work, or not being able to find a date. Is there something wrong with me? Haha. Man...


The Mighty Sprites have a new guitar player and he's great! Very glad to have him on board. We're planning on hitting one of the aforementioned Anna O'Brien open mics here in the near future. Stay tuned.

Finally got my hands on a tool chest that fits perfectly in the kitchen! 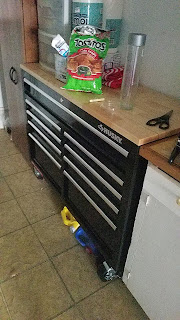 Started this year off with some BRGA firsts; after teaching guitar here on Oahu since 2014, someone [finally] backed into a nearby car when pulling out of the parking spot. I felt partially responsible, but then I reasoned with myself -- they got a license. Also, just today I had the cops called on me due to one of my younger students acting like a total spaz. The cops were responding to a "domestic abuse" claim "involving a child screaming." Guess there's a first for everything. Mega-embarrassing. Sorry neighborhood, I guess it sounds like I kill kids at guitar lessons haha.

So I wasn't able to go to college again for this spring. My goal is to take college courses every spring for fun and maybe eventually get a degree of some sort. Degree not really being a priority really. In lieu of that, I enrolled myself in some "Intermediate Japanese Conversation" classes at Intercultural Communications College that'll gobble up some of my free time and restlessness. Hopefully I come out the other end a little more versed, and ever more prepared for my trip to Japan in June.

Console - The VGM was slated to go live February 24th, 2018. I was extremely excited mainly because everyone's schedules FINALLY synced up. I printed my own flyers, and began posting them places, only to find out that the venue at which we were supposed to play at is no longer hosting any sort of "heavy rock" genres at their venue due to some events that transpired during the recent Municipal Waste concert. Fucking lame. Back to square one... 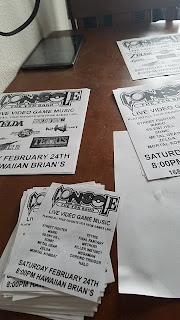 Yesterday I got my wisdom teeth pulled. Four in total, two had to get pulverized. I got a lot of mixed reviews of the whole experience. People were telling me to go under anesthesia, etc. But I wrote that off as being wimpy. The procedure itself isn't bad, the local anesthetic takes any sort of pain away from the operation. The post-op experience though is a totally different story. After the local anesthetic wore off, I found myself being pretty useless and needing to take the pain pills I was prescribed. I didn't think I'd need it, but I was totally wrong. Today I'm in a little bit of discomfort but I'm fine compared to yesterday. My face/jaw/mouth is still a little tender, but I'm functional, and able to type up a blog and work my way through a couple guitar lessons today as a result. 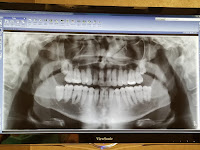 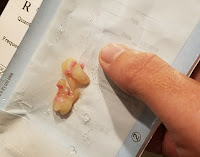 So in light of my current circumstances, I'm looking at trying to establish residency at either Hawaiian Brians or Anna O'Brien's. Maybe like a "seond Monday of every month" kind of a thing for my various acts. I gotta do something!

Still battling footwarts...
Posted by Brian at 7:56 PM No comments: