My body's taken a beating these past weeks. Currently, I am having trouble hearing out of my right ear, that I may even have to go to the doctor for. I'll stubbornly wait a few more days... dangerous business for a musician. Too much fun at the beach and it feels like I got water in my ear. It's been 4 days now. I believe I've torn my shoulder, rotator cuff some way some how. I'm having trouble lifting my right shoulder. I've been straight battling these plantar warts on the bottom of my right foot that are mega-embarrassing when I tow the tourists around for the surf job. I've been working at the surf school almost every single day. On top of that my neighbors have once again leaked water into my bedroom, so I've been sleeping on the couch for the past few nights. Needless to say, I've been a little grumpy as a result of all those things.


I've always viewed times like these in my life; where life doesn't stop, like my body is this battered b-17. Still, some way, flying. Nothing short of a miracle. And yet with life, there is hope. I am at a very unsecure time in my life, to where I've put so much faith in "the quest." It's as if I am so convinced that this one path I've chosen at this time, is the right one. But, this is tragedy in life. There's no going back to replay as a different character. The stats you have, are the stats you have. You only get more of them, you can't get rid of them. Well, maybe in a few years they can just upload my brain into another, new, b-17. Come on stem cells! 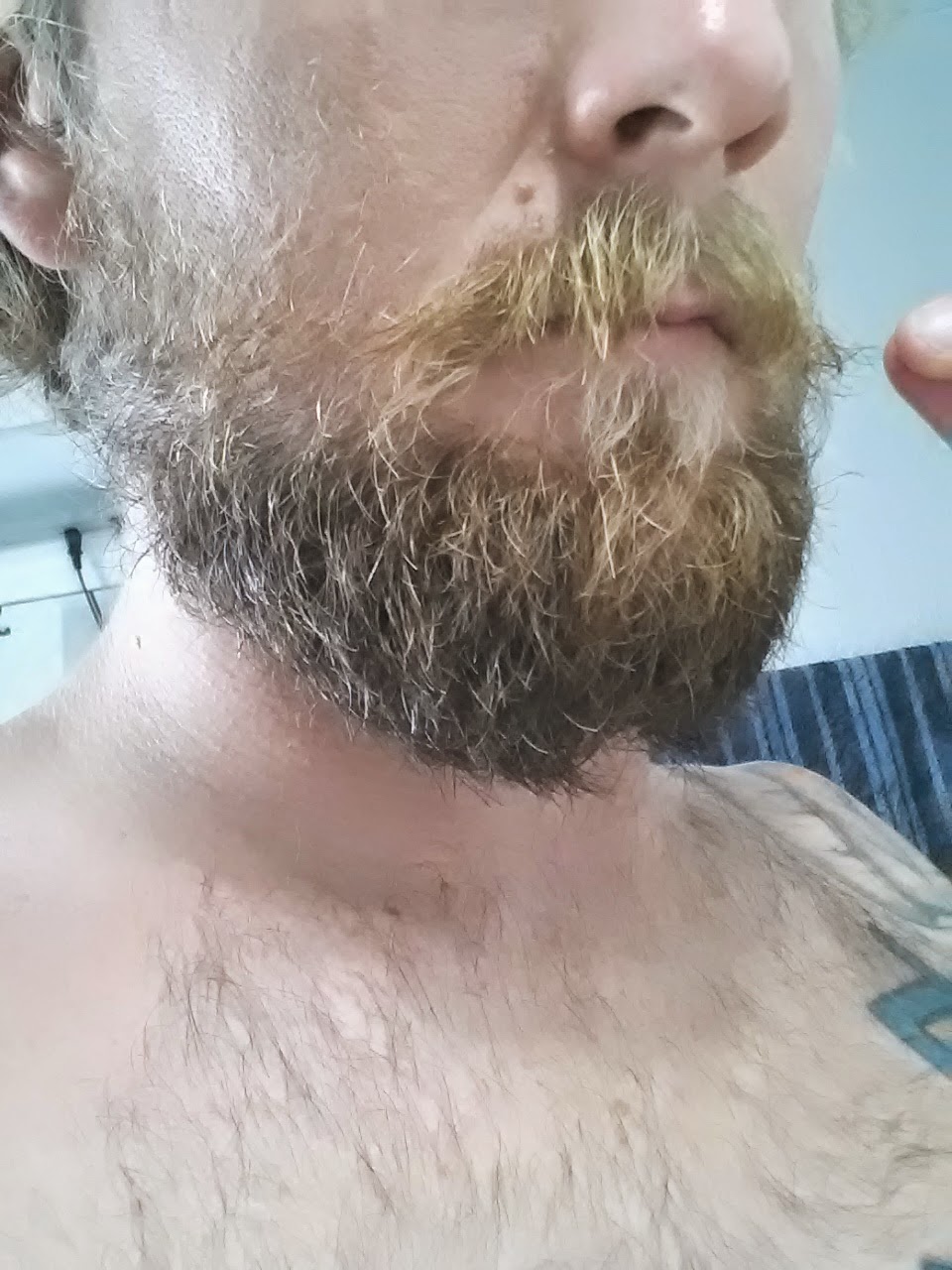 #NoShaveNovember has come to a close early this year. I had a head-start with the growing of the beard for my contest-winning (repeat) 'Man Without a Name' costume. My prize? $500 worth of tattooing from friend and co-worker Little Chris of Hale Nui Tattoos. I met this really cool chick there, at the part-contest, and apparently she's a lesbian. I thought we shared a connection, but perhaps it was just the love of women haha. She's still way cool though. Note to self: look into growing one's hair out again as guise of female. 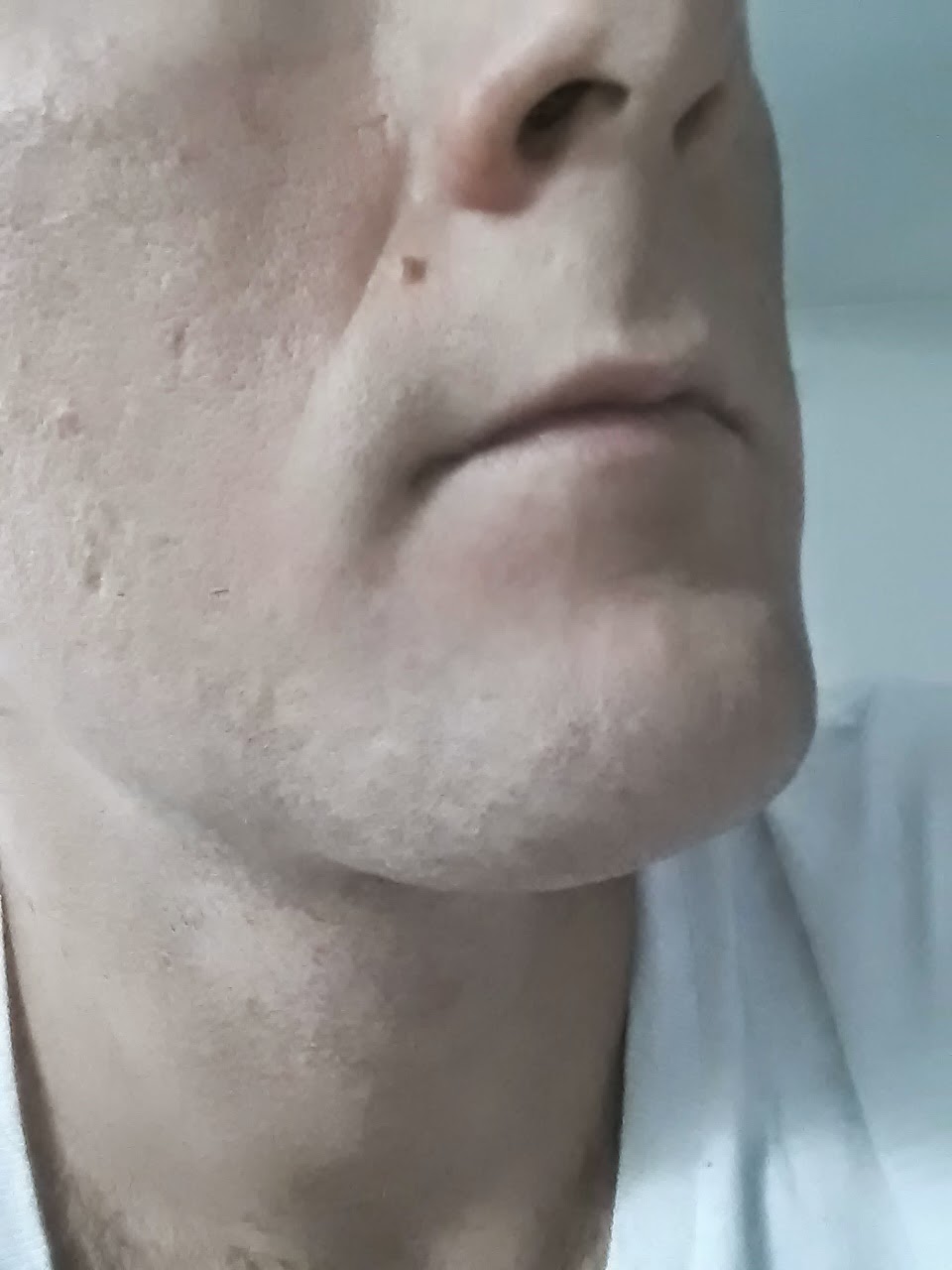 So now, I have returned to facial boyhood, just weeks before my 27th birthday. I haven't really felt any particular way towards aging really, I actually kind of preferred it. 27 though is kind of ominous at this point. I wonder how much longer will I enjoy being a man-boy? 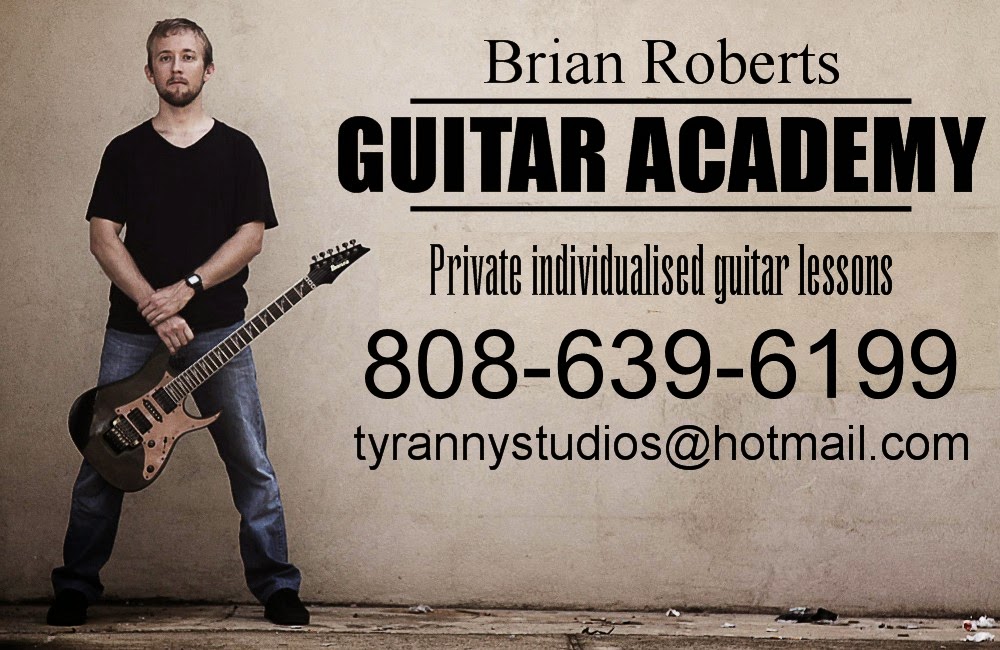 B.R.G.A. currently has a low enrollment of 5 students, many of them (3) are bi-weekly and 1 is a freebie. I've been hustling to get more students, spamming craigslist twice a week, every week. I only have one lead right now. If things continue this way, I may have to drop my rates, lest I starve, or have to run back to the restaurant with my tail between my legs. I think my product is more than deserving of its fee, but whatever. 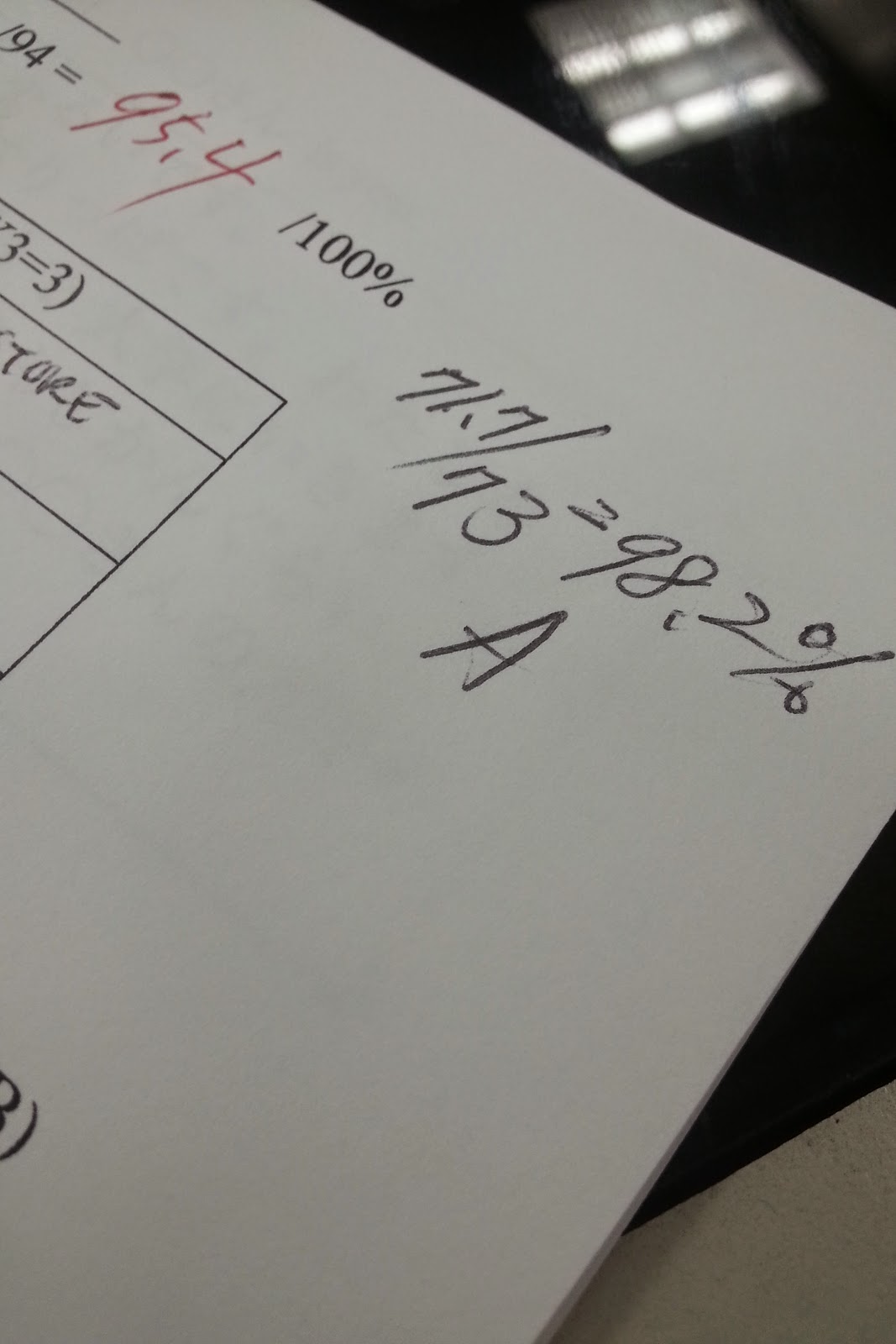 School is almost finished, and as you can see from my overall grade in black. I've been doing quite well. I have decided to continue, and signed myself up and payed for the next installment of Japanese. This time, having it tie up only two afternoons for two hours, as opposed to four afternoons for one hour. Anki has been my secret weapon. I really have come a long way as a smart phone advocate. It is the future. Technology man.

That's all for now. I'll return with more updates in two weeks. Hopefully I'm hearing by then!
Posted by Brian at 8:11 PM No comments:

Many things have happened since my last full-on entry 2014/04/02, today is 2014/11/12 (that's year, month, day f.y.i. -- it's how I write dates naturally), pretty much half a year. I've had guitar students come and go, I've been to Vegas three times, been back to Kaua'i twice -- once for a wedding, once for a couple gigs SWEET, met Asa Akira, my bass player from Leviathan Hawaii has returned thus rounding out Leviathan 2.0., I've been constantly upgrading my guitar lessons, and enrolled in school taking Japanese. Needless to say, I've been busy. I've been, I've been, I've been. I've been doesn't really matter, that's come and gone. What now?

I now work at the restaurant ≤ 2 shifts a week. It is quite literally a sinking ship and due to my (lack of) availability, I've gotten the shaft as far as getting promoted to "Varsity" from "JV," my jokingly but accurate portrayal of the section division. It's very one sided, refer to figure A. 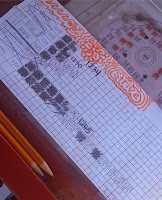 Figure A
Two employees (at bottom) get the lion's share of tables, versus the 4 up top.

In many ways though this has been a blessing. If I actually made money at this place, I'd probably be less inclined to hustle in other aspects of my life, such as music. If I made more money working at the restaurant than I did doing guitar lessons, I might be reluctant to give up the restaurant time, which normally would be the case, but in this instance, it is not. Blessing in disguise?

#ShittyTips & #FatTips have been going well. Whenever I get a ludicrous tip, I post it to my Instagram @brianroberts30 with a short demographic and story behind it. A < 10% warrants a #ShittyTip entry, and a < 30% warrants a #FatTip entry. I'm sure you can imagine that regardless of level of skill of service, one would statistically get more #ShittyTips than #FatTips see figure B. 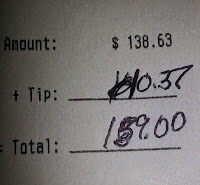 Figure B
#ServerLife nearly illegible numerology. Could of been mistaken for a #FatTip but sadly, no... Demographic: family of 6; 2 children, a middle aged white couple and a semi-elderly white couple. Did the "Oh and... [item name]" running through hoops later in service. Celebrating military promotion. Used 10% off military card. Used GB promo card. Semi-elderly man paid. Tip<10% = #ShittyTips happy Sunday! #DayJob of a #StarvingMusician 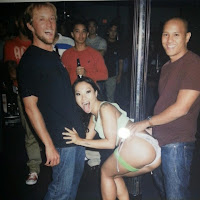 Figure C
@AsaAkira #939 award winning #DP #DA and author, very nice to meet you! I hope you liked my rose. What a wonderful person!! @asahole @asahole3@ja3farmanyak

I was invited to a distant friends bachelor party that wounded up being a front for a pseudo-class reunion. Way fun. So, I decided to implement the martingale blackjack system during this adventure. I trained with this blackjack app that I had downloaded to my phone; and every night before bed I'd play a quick half hour session and win $1000 fake dollars or so. In theory, it should work right? Figure D. 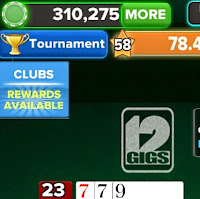 Figure D
Portable access to all your gambling addiction needs

And it fucking worked! So I went again a few months later just to gamble, and it worked again! But, such is the nature of gambling, and Vegas is the city with only one story; I was winning, then I lost it all. So the last time I went (about a week ago) I had lost some of my previous winnings. I blame it partially on luck, and partially from deviating from my logical strategy, adopting more of a mainstream (basic strategy) due to over-research. Maybe 2015 will be the full realization of the professional gambler? Or... I'll be a bum in no time. 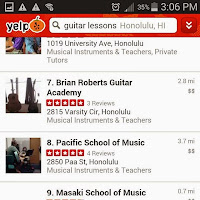 I also have a promo video that I can't seem to find through this blog searcher... so here's the link: http://youtu.be/kwfByAT-AWI

Been doing the BJJ but still a white belt. Figure F: 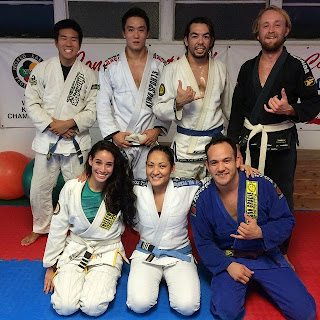 Finally got a real tube amp, and I love it. Figure G: 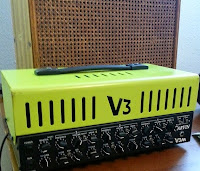 Figure G
The Carvin V3, extremely versatile -- perfect for me (for now)

And I'm back in school, which has been pretty neat. It's a trip, I actually want to be there and actually want to learn. Way different than when I was last in school which was... 2007. I think also, that because I'm only taking the one Japanese class, I'm not getting too buried in the scholastic work load. These past few months have been a little meager however due to the fact that this one class takes up 4 of my afternoons during the week. Missing out on a lot of chances to work! But, soon will be Christmas aka service workers gold rush aka no day off for 40 days. I embrace the work though, as cliche and cheesy at it sounds; if you actually like what you do, it's not really work.

I (am trying to) get paid to do whatever the fuck I want.

*trying to do these bi-weekly (once every two weeks), like my flag-ship guitar package -- bi-weekly. No, I'm serious; it's on my calendar, which means it shall be done. Figure H 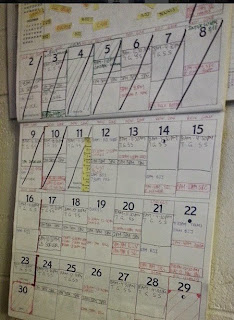 Figure H
This thing rules my life
Posted by Brian at 7:33 PM No comments: